"Took a walk around Bramford School recently, spotted these words at the far end. The school is on the left after the bridge at the bottom of the hill next to the hall as you enter Bramford. Gordon (Pugh)" [Our thanks to Gordon for introducing a page to this site about Bramford, near neighbour of – but separate to – Ipswich.] 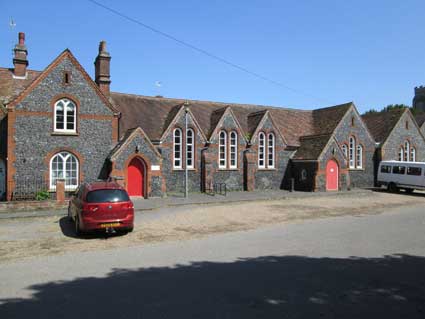 'THIS STONE WAS LAID
ON THE 31 DAY OF OCTOBER
A..D. 1860
BY SIR G.N. BROKE BART., C.B.
BY WHOM THE GROUND WAS GIVEN
THE ERECTION OF THIS SCHOOL
UPON IT BEING DUE TO THE
LIBERALITY AND ZEAL OF
THE REV. W. BEDFORD, VICAR
AND THE INHABITANTS OF THE
PARISH OF BRAMFORD.' 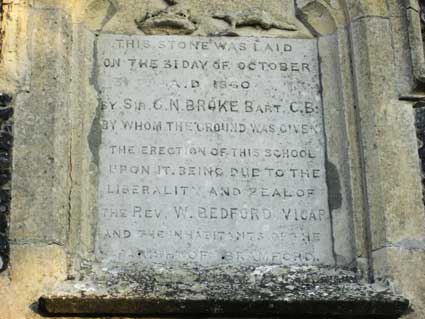 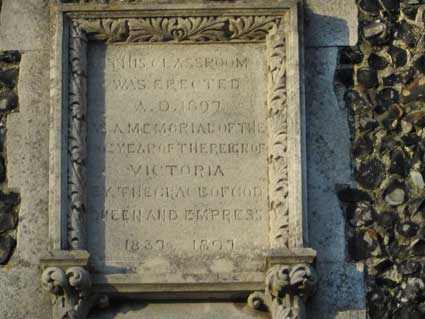 Scroll down for the 2019 restorations.

The Bramford Local History Group (see Links) has an interesting commentary on these school plaques:-

[UPDATE 8.12.2019: Albert Horn got in touch to draw our attention to the sprucing up of these (and other) plaques: 'Renovated plaques and a couple more from the same building which may or may not be of interest.
Albert.' Many thanks to him for the photographs.] 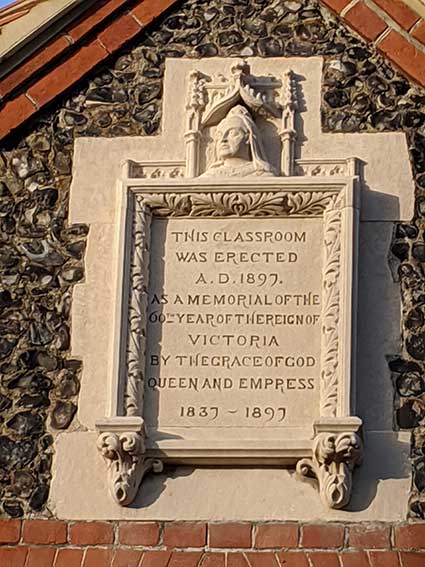 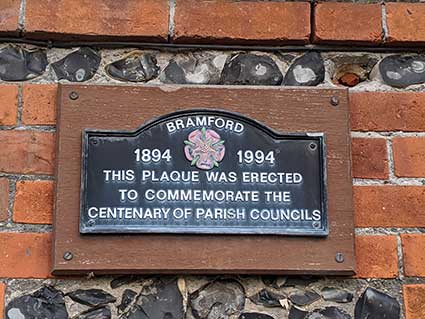