Broad Street
The flatlands of the Cambridge fens have few hills, but the small mound upon which Ely with its extraordinary cathedral stands is visible for many miles. Below is an example of wall-lettering from Broad Street opposite a shop - now a furniture dealers - bearing the name 'Graven' on the wall. Clearly an important business, the characteristic large, pale painted oblong cartouche with its quadrants nibbled out at each corner bear the sign:

making it very visible to travellers along this once busy side road. There is an apparent drop shadow on the characters.

James Graven & Sons Ltd is a well established family business, founded in 1860. At the height of the industrial (and agricultural) revolution this company serviced (and perhaps supplied) the mechanical implements which were becoming widely used in this heartland of the most fertile growing soils in the country. Today the company owns and operates two supermarket sites trading as Budgens, in Soham and Dersingham, along with three BP service stations, situated in Chatteris and Ely. 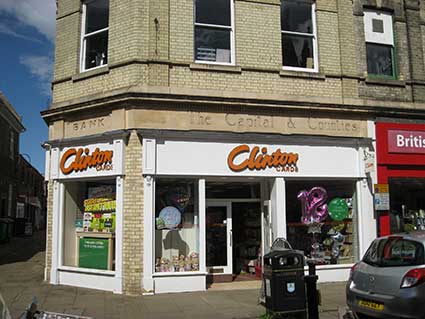 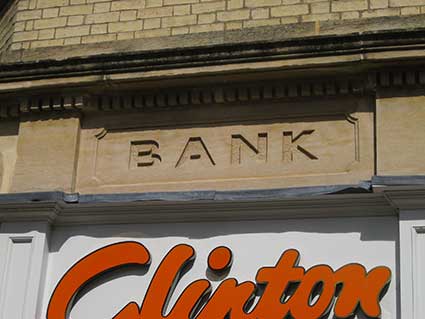 The Capital and Counties Bank group was taken over by Lloyds Bank in 1918. 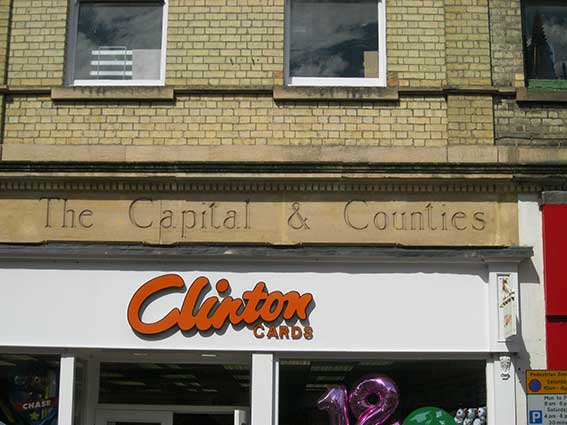 The letterforms chosen for this section of the sign – very different from the deeply incised 'BANK' in is cartouche at the corner entrance – show style and flair. It looks as if it came from the Letraset catalogue around 1970: the condensed characters with the 't' having a very highup cross-bar and a rather wonderful ampersand.

The newly merged bank had its head office in Southampton and 56 branches throughout the south and south-west of England. The next half century saw further expansion, mainly under the direction of Edward Merriman. He was the bank’s chairman between 1885 and 1915. In 1878, in an attempt to gain entry into the London Bankers Clearing House, Capital & Counties purchased City of London bank Willis, Percival & Co. Membership of the Clearing House was deemed important as it was an acknowledgement that a bank had really arrived in London. Several of Capital & Counties’ applications failed, but it was eventually accepted as a member a few years later. Soon after, it moved its head office to Threadneedle Street in London. The Bank continued to expand through a series of takeovers and branch openings; at the start of the 1890s it had emerged as one of the few banks to have a truly nationwide network. By 1918 it had 473 branches when it was taken over by Lloyds Bank in 1918. 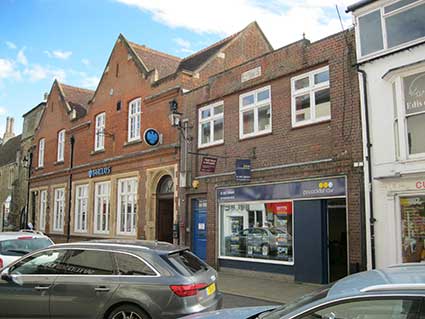 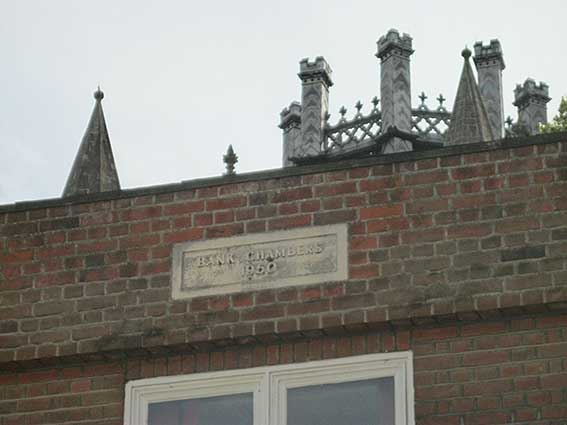 Barclays Bank at no. 28 presumably once also occupied no. 26 which bears the plaque.

Ely Cathedral
And peeking over the top of Bank Chambers, an alien visiting the planet for the first time might think that a space travel facility might exist behind it. However, from the second storey of the excellent bookshop opposite (Topping & Company Booksellers of Ely at no. 9) one sees, rising to the skies, the Great Ship of the Fens, Ely Cathedral. This was originally established in AD673 Etheldreda (also known as Ćthelthryth), daughter of a Saxon king. The West Tower we see today is 215 feet high. In the very flat fenland, the slight rise upon which the cathedral stands and its loftiness means that it is visible from miles around. 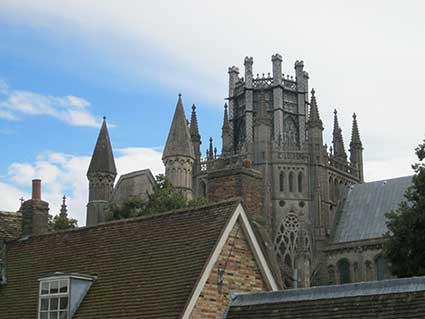 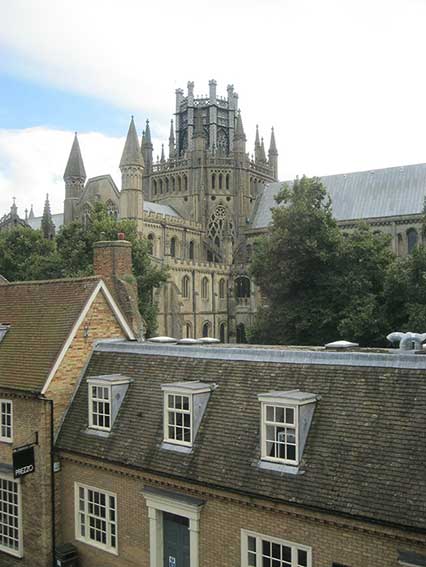