Hotel de Paris, Jetty Cliff/JettyStreet
Built in 1895-6 to the designs of G.J. Skipper, this impressive red brick and terra cotta hotel stands above the esplanade, with the pier projecting into the sea below. The first four photographs are from the excellent Geograph.org.uk project. 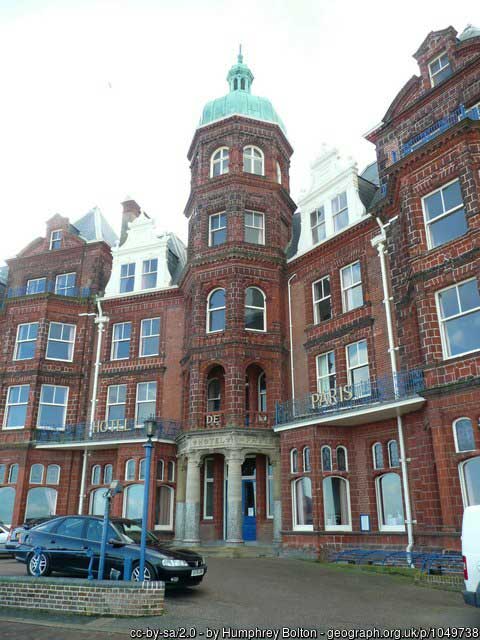 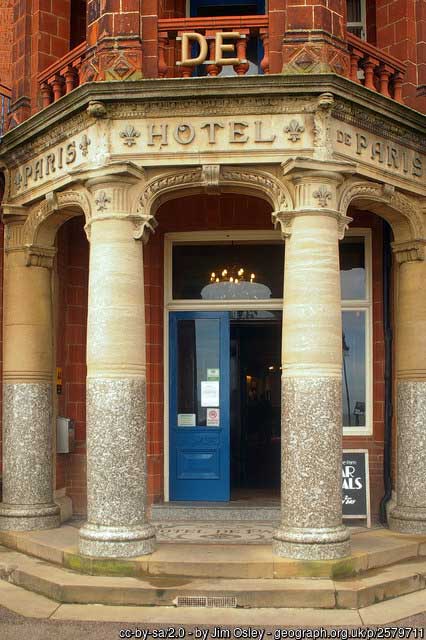 The facade facing the sea is definitely built to impress with its mixed mineral columns and named portico, the angles reading:

(the facet facing east doing with out the 'de'). 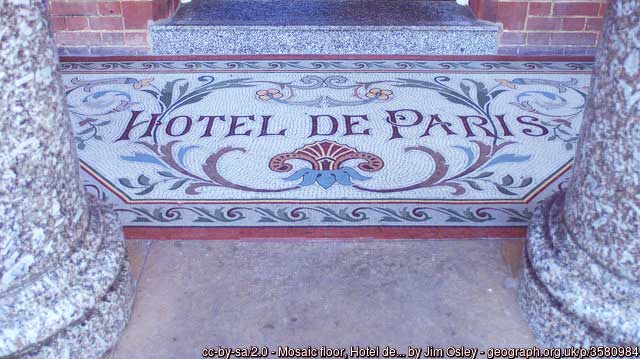 Above: the fine mosaic step into the main entrance to the hotel is echoed in the rear entrance (shown below) on High Street. 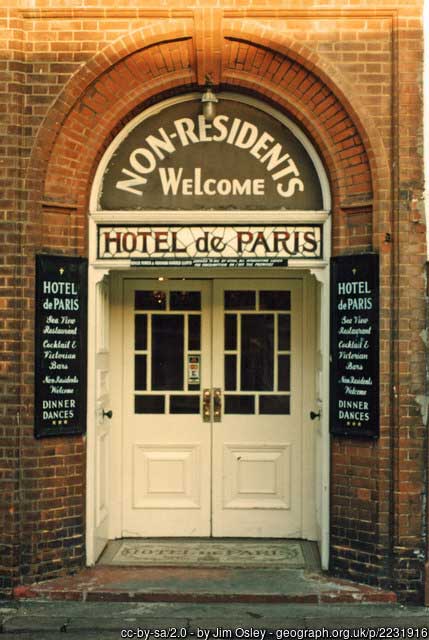 At the corner with Jetty Street, we find this additional terra cotta lettering above a ground floor window. 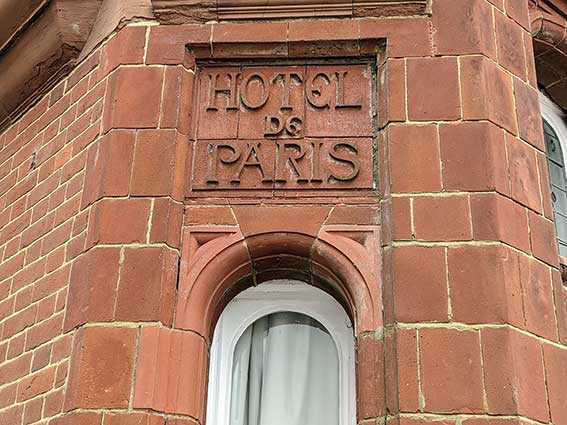 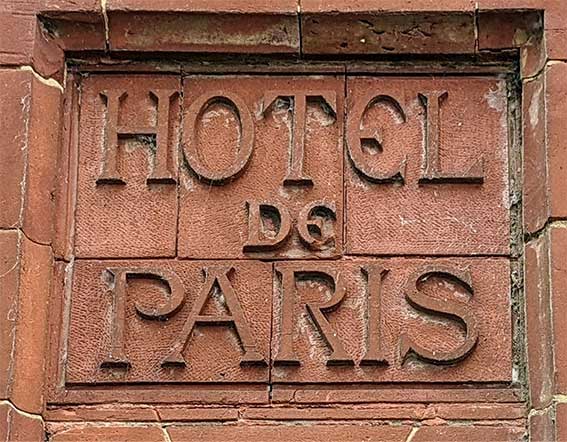 All the following images are dated 2017, unless shown.
10 Brook Street (opposite the Red Lion public house) 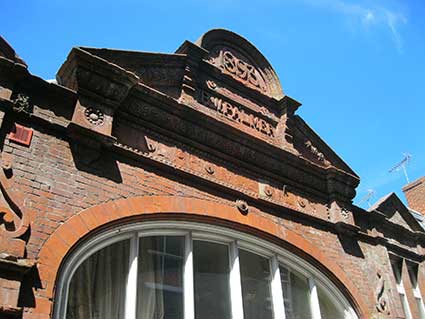 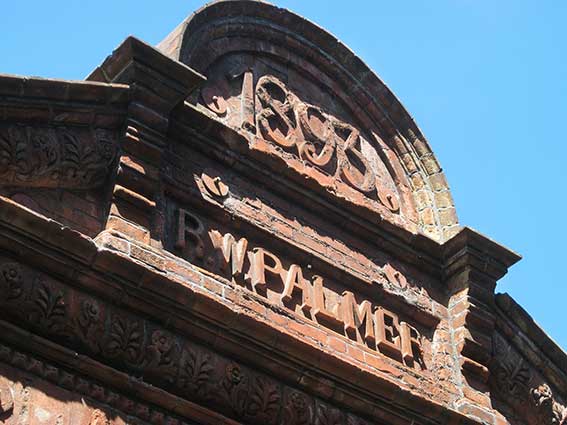 Brook Street is remarkably narrow In the tympanum are the somewhat distressed terra cotta characters:

and in the frieze below it (pierced by strengthening discs) someone has gone to a lot of trouble to chisel off the name:

The Palmer's Livery Stables survived down to the 1960s when it was Allman's Auction Rooms, later a snooker hall. In 2007-8 the stables were replaced by mews housing. R.W. Palmer advertised his four-in-hand charabanc trips in a pamphlet in the collections of Cromer Museum and is listed as 'jobmaster' at Brook street in Kelly's Directories for Norfolk from 1896 until 1916 when he had died and the livery had been taken over by his executors. Information from the Norfolk & Suffolk Public Sculpture website (see Links).
The detail shown below features four times either side of the entrance. 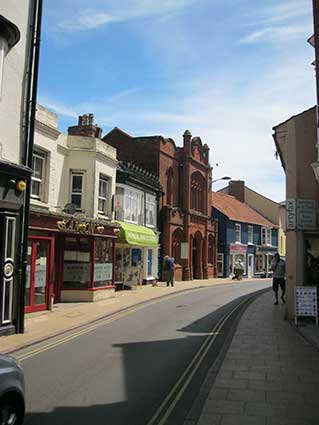 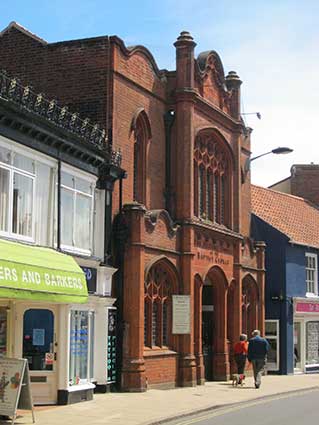 'THE MEETING HOUSE
OF THE
BAPTIST CHURCH' 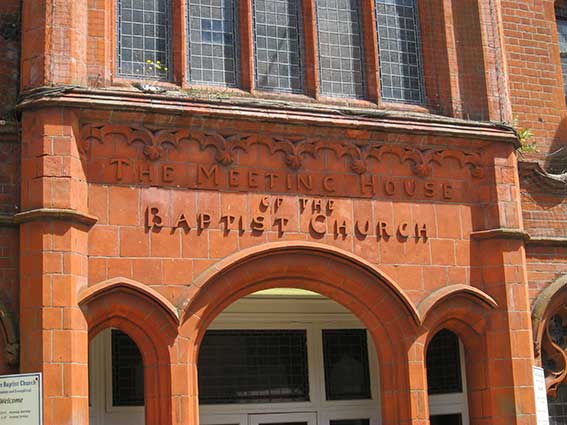 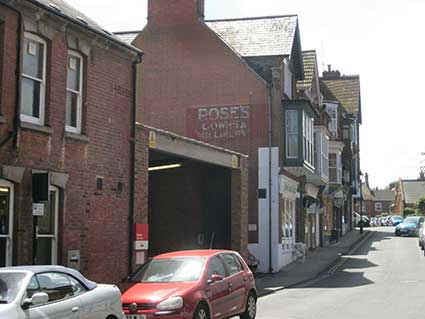 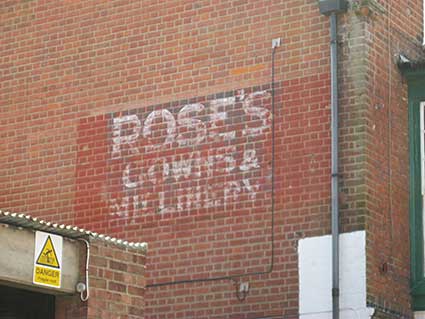 On the side wall facing the church end of the road:

can be seen high up on side wall of 36 Church Street – but it's easily missed. Perhaps, then, not the most effective advertising. The shop became a bookshop (let's hope that it still is). 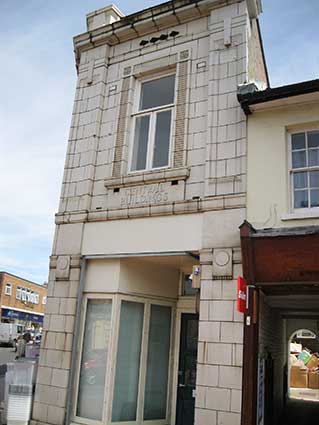 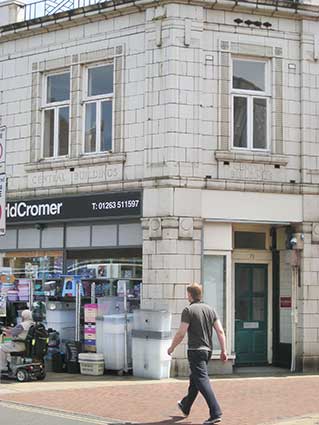 The Art Deco, faience-clad building bears its name on each elevation: 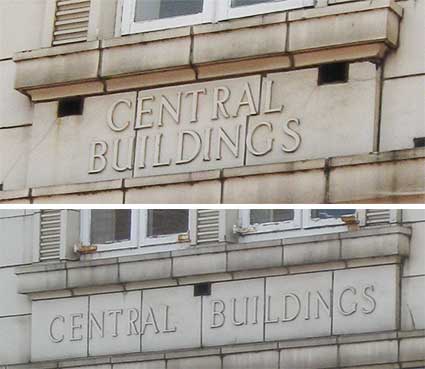 It is directly linked to... 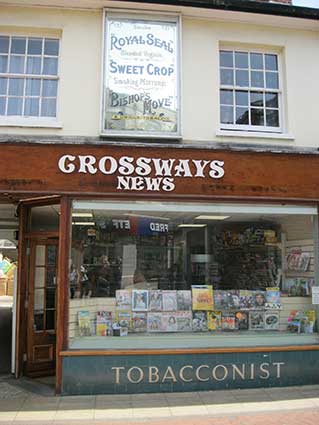 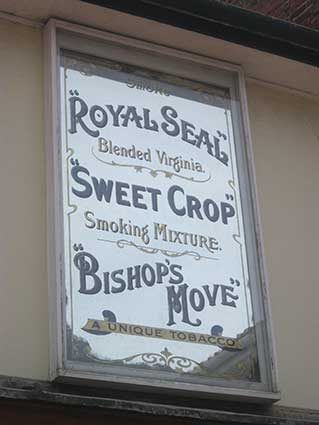 Crossways News features two tobacco advertisements which hark back to earlier days. At the first floor level we find a fine mirrored promotion:-

Framed, glazed and protected by the eves of the building, this does appear to be an original advertisement, given the degradation of the silvering in the lower corners of the mirror. 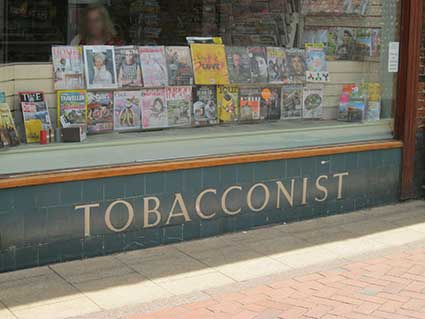 The shop's store-riser (the solid section between the pavement and the base of the shop window) features ceramic tiling spelling out the word: 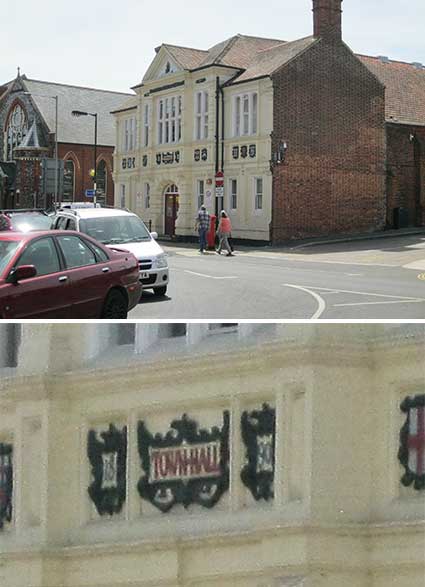 Designed in 1809 by George Skipper in the Queen Anne style it features, between the ground and first floors, a panel bearing the coats of arms of the first lord of the manor, Sir Nicholas de Weyland, of the mariner, Robert Bacon, of the locally-born Lord Mayor of London, Sir Bartholomew Reade, and of the later lords of the manor, Lord Suffield and Benjamin Bond-Cabbell, as well as those of other prominent local families. 'TOWN HALL' is central. The building is Listed Grade II. 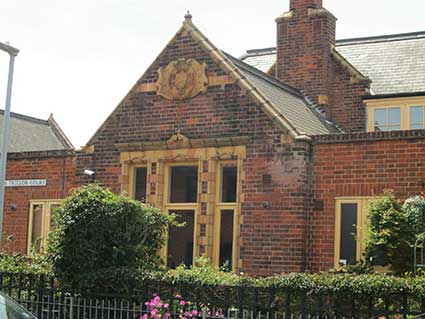 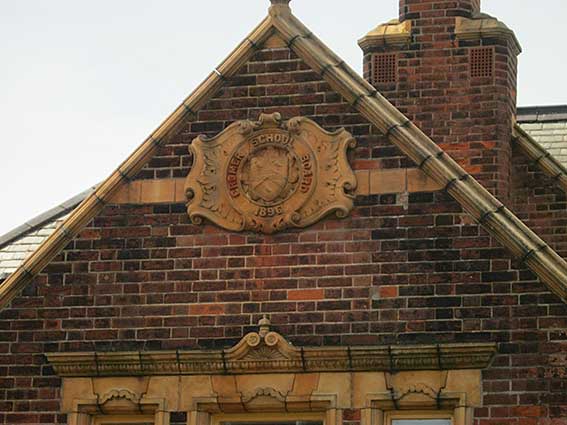 This is the entrance to the Royal Mail Enquiry Office. This decidedly florid relief features fruit, flowers and twisting ribbons with the central cartouche above the vousoir showing:

'ER
VII'
The building dates to some time during the reign of Edward VII who was the King of the United Kingdom of Great Britain and Ireland and the British Dominions, and Emperor of India from 1901 until his death in 1910. Very much an Edwardian building displaying classical features, it stands directly opposite the impressive Parish Church of St Peter & St Paul. 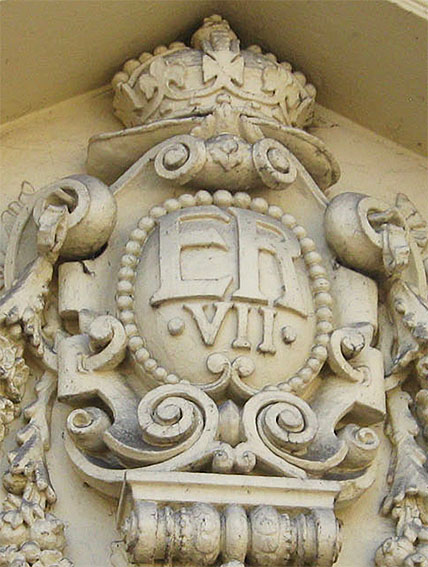