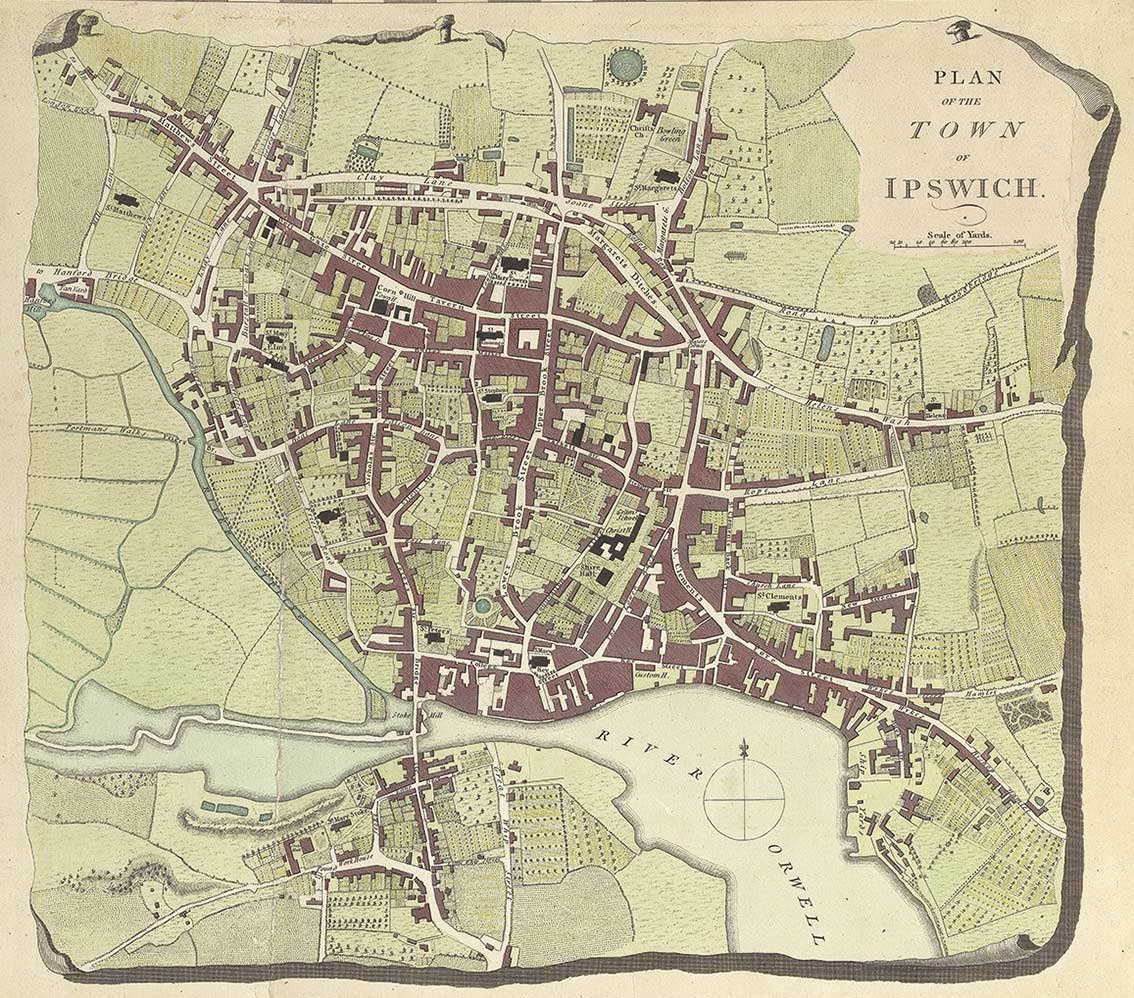 [UPDATE: 2.4.2018: above – this fine, crisp image of the Hodskinson & Jefferies map of Ipswich has the bonus of colour and the full 'nailed' frame; it was contributed by Stuart Whayman, to whom our thanks. Scroll down for an uncoloured version and notes.] 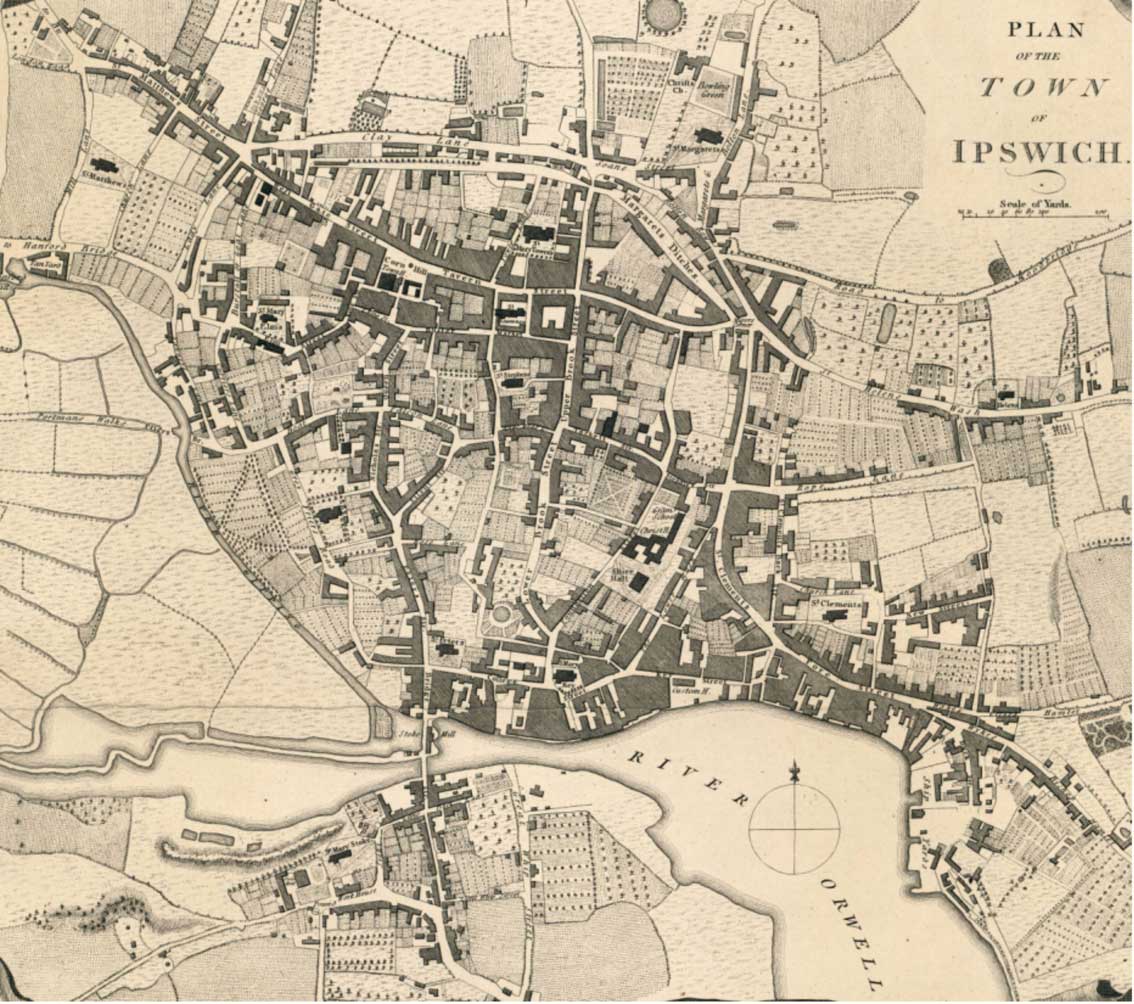 An anonymous contributor sends us this map, of which we were unaware. Thomas Jefferys (b. 1755) was the son of Thomas Jefferys (ca. 1719-1771), a cartographer, publisher, and geographer to King George III. He was apprenticed to his father and oversaw the family business after his father's death. From 1771-1776, he had a business partnership with William Faden. William Faden was born in London in 1749, the son of William Faden, a printer. He was apprenticed to engraver James Wigley and joined the younger Thomas Jefferys in a business partnership in the early 1770s. In 1783, he inherited his father's business and became geographer to King George III. Faden retired in 1823 and died in Shepperton, England, on March 21, 1836. Joseph Hodskinson (1735-1812) was a London-based surveyor and civil engineer, though thought to be from East Anglia. The above Ipswich town plan is an insert from Hodskinson's 1783 Map of Suffolk.

One or two features noted on this map:-
1. the fact that the Saxon core of the town was still more-or-less surrounded by marshland to the west in 1780.
2. A Bowling Green is shown between Christ's Church (Mansion) and St Margaret's Church.
3. Clay Lane (today's Crown Street) runs from the  end of St Matthews Street to Soane Street, with the narrow Rotten Row (today's St Margarets Street) connecting to 'Road to Woodbridge'.
4. Margarets Ditches (today's Old Foundry Road) is notably shown as a wider thoroughfare; St Helens Street is labelled St Helens Wash to reflect to flow of water from the surrounding springs down to Major's Corner and down the Wash (unlabelled) and Lower Wash (today's Lower Orwell Street).
5. Boat Lane (today's Friars Street) runs from Queen Street to the bottom of Curriers Lane.
6. Fore Street runs eastwards into Wickes [?] Hamlet (today's Back Hamlet) and Wickes Bishop Hamlet (today's Fore Hamlet). South of these are the Ship Yards.
7. Bridge Street runs north-south over a thin strip of land at the site of the tide mill ('Stoke Mill' – the site of today's Skate Park), then over Stoke Bridge itself; the River Gipping is labelled as the narrow waterway running up northwest from the mill pond.
8. The familiar layout of street and lane son the oVer Stoke side of the river includes The Old Bell/Bell Lane, St Mary Stoke Church and Stoke Hall with its ovel drive in front of the house.
9. Great Whip Street is clearly marked running northwards right up to the banks of the River Owell, the site of the original ford into the town.