Taking the ferry from Hythe to Southampton (using the 1922 electric railway up Hythe pier and the historically important ferry vessel) lands one on the Town Quay. A short walk takes the visitor into Southampton's Old Town and all these photographs are taken in and around the High Street which gently rises towards the ancient Bargate (from then on you are in a shopping centre). This strikes us as a business, merchants' and financial centre of the town which is undergoing reinvention: trading warehouses awaiting conversion into flats, huge post offices which are no more, large hotels hanging in there. Of course, many buildings still carry the lettering of their former uses. Wander through these images and wonder where it will all end. 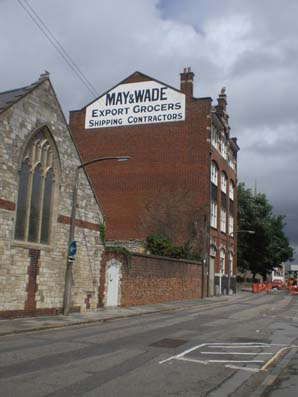 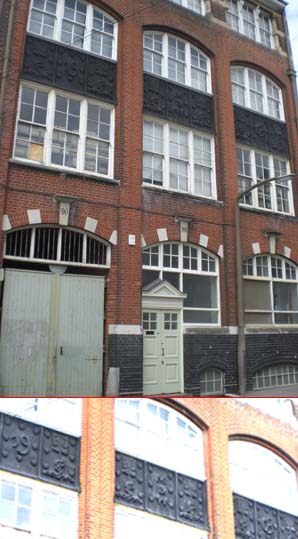 ... shouts its identity at the world. The use of a white rectangular background panel on a wall with triangular top is a bold move: the upper 'nip' meant that the ampersand has to be  shrunk between condensed face 'May and 'Wade' with no spacing. And on the front of this building a beaten metal strip (lead perhaps) bearing the the date on either side: '19' and '03' with the 'M&W' in the centre, all in a difficult-to-decipher font (see lower enhancement). 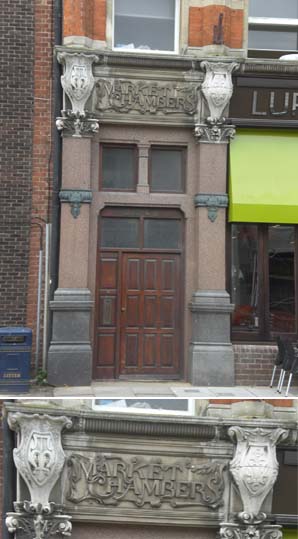 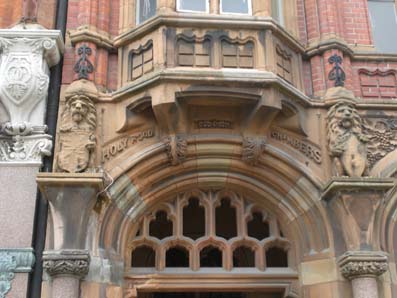 A fine office entrance has two different shields with intertwined 'TM' (or is it 'MT'?) on either side with a delightfully flamboyant:

between. You can see that this 'TM' motif is repeated on another similar entrance to the left of the next image. The grand doorway adjoining it boasts lions with shields and all sorts of stone and brickwork decoration with the words on either side of the overhang: 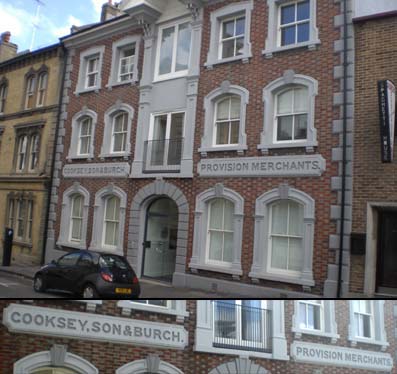 Another attractive building in one of the side roads: the chequerboard brickwork and fine stonework of the company:

set in cartouches on either side. The lower enlargement shows the lettering from a different angle. We're sure that this building isn't now a provision merchants' headquarters, more's the pity. Probably a solicitor's office. 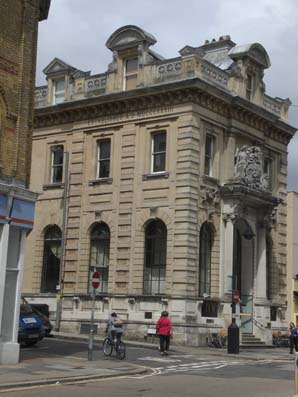 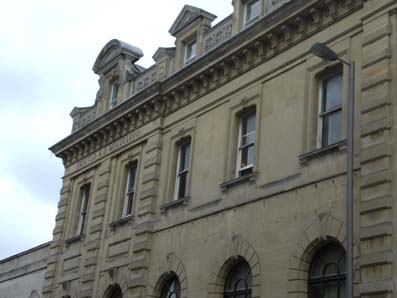 This nearby building shows all the signs of power, wealth, trade and finance. Beneath the decorative frieze round on the side wall we find two dates: 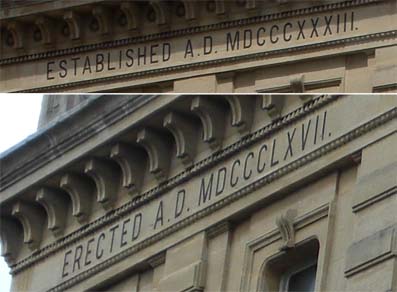 The symmetrical building on the opposite side of the road (34-35 High Street, Old Town) is prominently signed:

on the two notable half-round window bays on the upper floors. Pale grey outlined in black gives this distinctive typeface impact on either side of the central coaching entrance (Jane Austen is said to have celebrated her 21st birthday here). 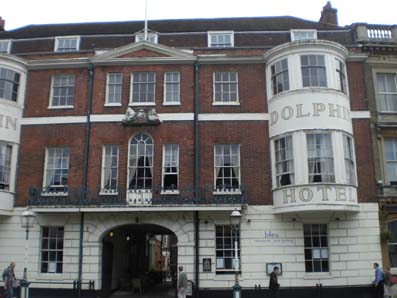 Tucked away beneath the porch is the 'BANK ENTRANCE' sign. The familiar black horse insignia is above. 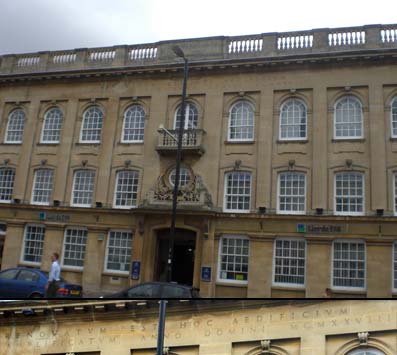 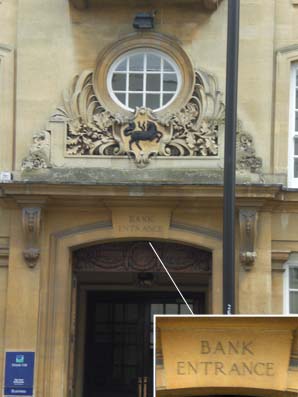 Here's a very grand 'POST OFFICE', named in a very finely decorated manner with, at the top of the facade, shell pediments, pilasters, curves, arcs and finials, plus the date: 'VR... 1894... AD'. 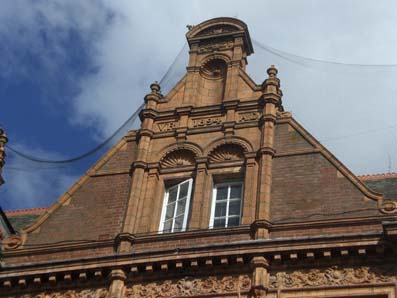 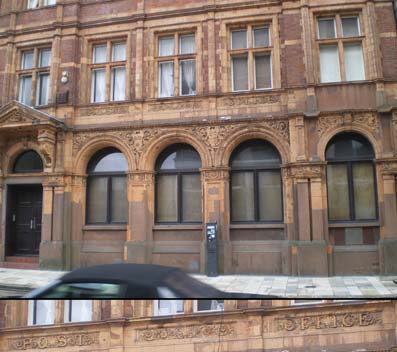 The close-up below gives an idea of the rococco detailing in the stone work around the lettering. Of course, it's not a Post Office any more... 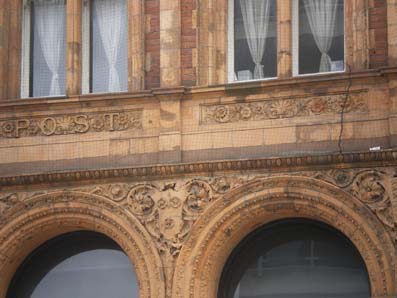 Below are a neighbouring buildings, each in their own way decoarative and facinating. The mock Tudor black-and-white timbering of 'THE RED LION' (named above the ground floor windows) contrasts with the towering ceramic tiled facade to the right. 'O... W' sit inside decorative framing either side of the topmost window with a floridly expressed viking ship in blue and white above. Does anyone know who O.W. was? 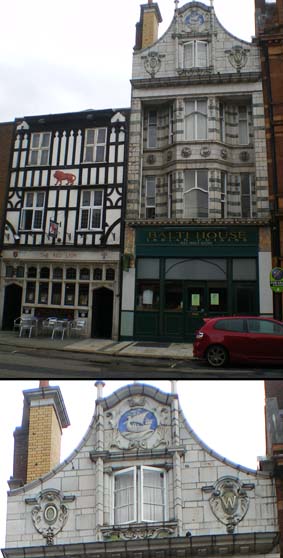