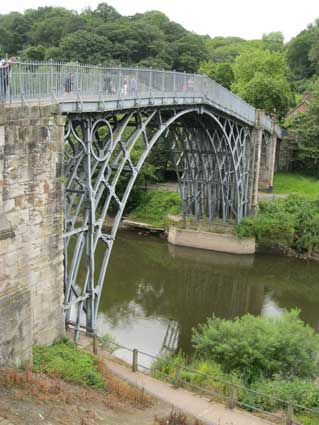 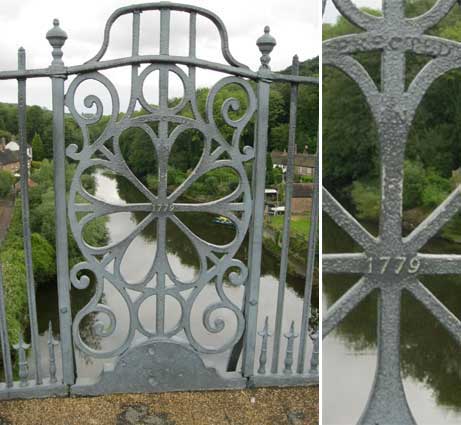 2012 images
The original Iron Bridge which gives this place its name still stands today, a beautiful curving structure spanning the silvern Severn river. However, once it stood in the most industrialised area in the world – a stinking, smoking, ruined landscape of mining, shipping, foundries and processing – the heart of the Industrial Revolution in England. The cast iron railings on the bridge bear two sets of characters in relief on the upper arc and in the centre of the circular motif:

N.B. This Bridge being private property, every Officer of Soldier, whether on duty or not, is liable to pay toll for passing over, as well as any baggage waggon Mail coach or the Royal Family.' 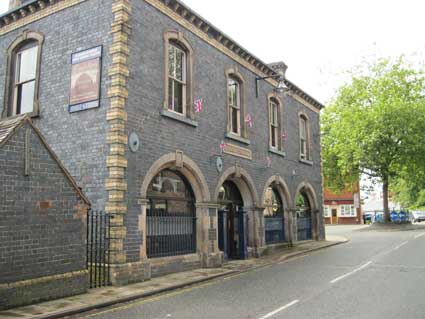 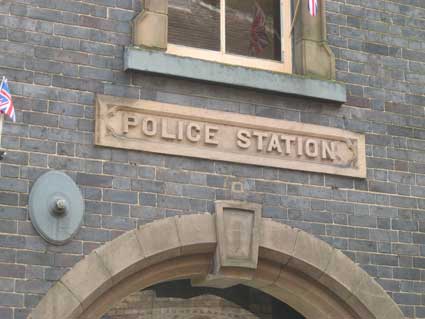 Down the slope from the Iron Bridge, just past a traffic roundabout is a former...
'POLICE STATION'

One of the more affordable of the ten historical 'attractions' in Coalbrookdale is the Tar Tunnel, close to the Inclined Plain which replaced the tunnel as a mean of lifting cargo boats to a canal. This footbridge spans the river nearby. 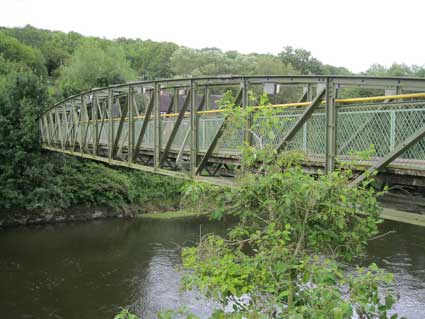 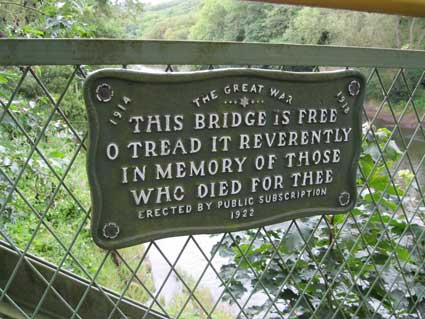 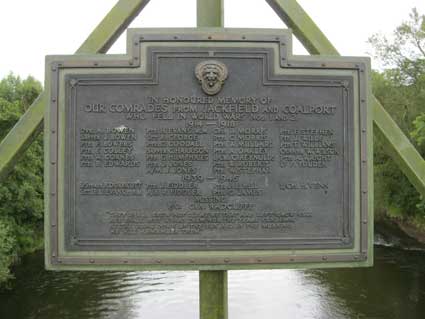 The first plaque encountered on the footbridge (nearest to the Tar Tunnel) is on the left above:

This is a more decorative plaque with its shaped surround and the font of the main legend (see the Ancient Egyptian pylon-shaped 'H'). 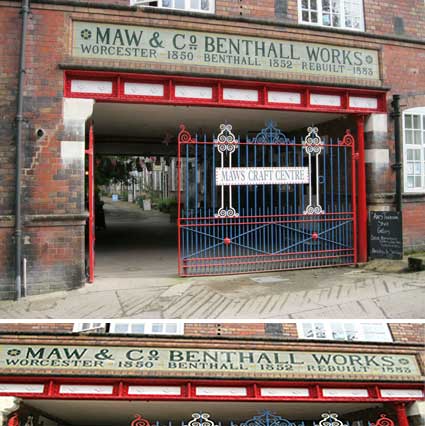 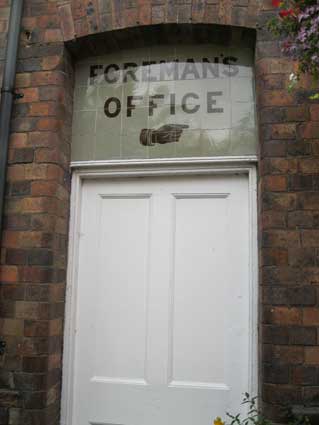 Heading up the path from the country pub near the footbridge on the far side, the long, high brick walls of a works indicates the one-time factory of:

The fine set of iron gates below the ceramic tile sign opens onto a courtyard which is now home to all sorts of craft makers and suppliers' shops. There is also an original doorway with the tiled sign, complete with pointing finger:

The manufacture of decorative tiles in Ironbridge Gorge began with the arrival in 1852 of John Hornby Maw and his two sons, George and Arthur. They traded as Maw & Co., initially from the Benthall works on this site and then from a second factory opened in Jackfield in 1883. Father and sons had moved from Worcester in order to utilise the Shropshire clays which were perfect for the manufacture of decorative tiles. Maw & Co. enjoyed a local monopoly until Hawes & Denny took over a dilapidated potworks in Jackfield in the early 1860s. For their first forty years they mainly produced the tiles and tesserae for which they are best known. In the last decade of the nineteenth century they started making high quality art pottery. The help of well known artists such as Lewis Day and Walter Crane was enlisted for the design of both art pottery and tiles. The company built up an international reputation and their work was exhibited at the most prestigious fairs including the Chicago World Fair of 1893. They were chosen for the execution of decorative work on the Maharaja's palace at Mysore. Maw & Company continued production at the Benthall Works until 1967 when they ceased trading.