Walking down Benezet Street away from Bramford Road, one comes across this chapel on the Clarkson Street / Wilberforce Street junction. The view on the left shows the primary school (sadly, no visible lettering) down the hill of Wilberforce Street, presumably originally connected to the chapel. 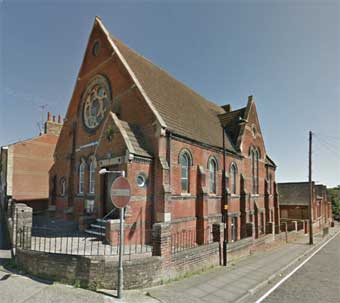 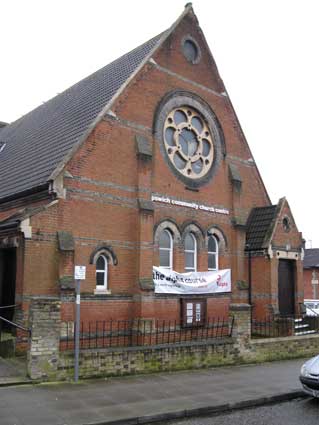 The building features some curious commemorative foundation stones, featuring a well-known printing and publishing name from Norwich. It is quite possible that this is Samuel Jarrold, one of four sons of the founder of the famous firm: John Jarrold II. 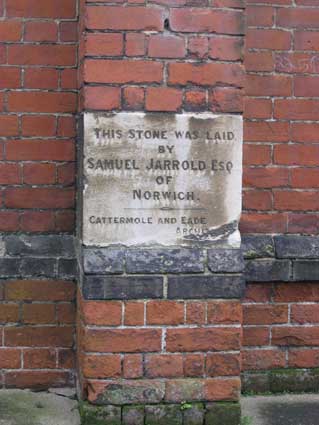 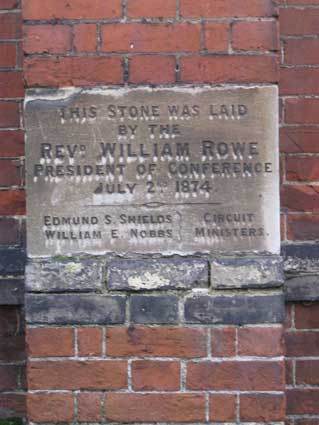 On the Clarkson Street frontage: 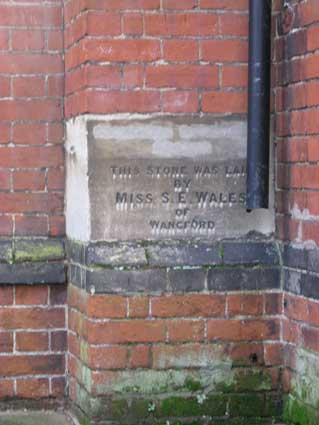 On the Wilberforce Street side, beneath two obliterated lines of characters:

'THIS STONE WAS LAID
BY
MISS S.E. WALES
OF WANGFORD' 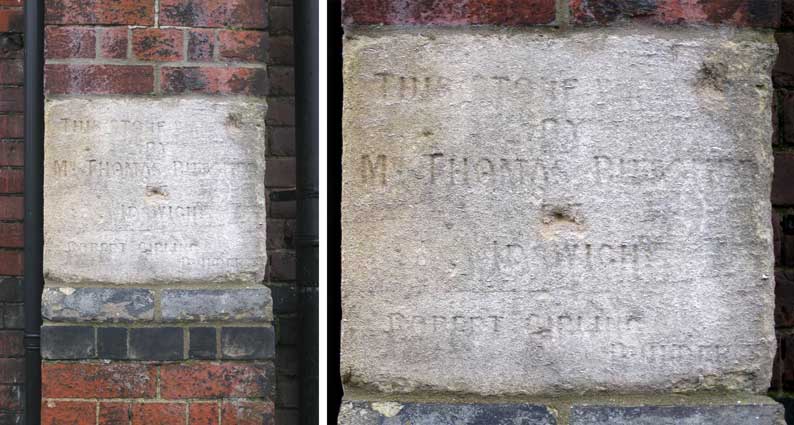 Very faint, but we think it says:

Another Primitive Methodist Chapel with a lettered, dated (1839) tablet stands in Rope Walk, although that is now a Seventh Day Adventist Church.