In the charming - and very ancient - Halesworth main street next to Bay Tree Bistro, formerly Warners Wine Bar (with its ornate and suspiciously charred) carved overbeam, is a passageway. The shop to the right (out of shot in the picture below) used to belong to the grandfather of broadcaster, David Frost:

can still be read inside the arch (the last word nearly indecipherable). 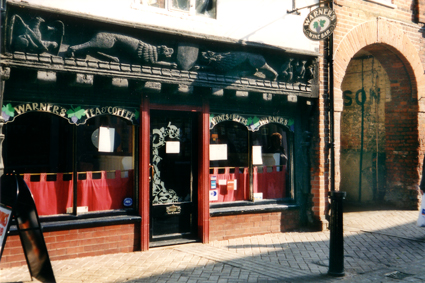 The passage probably once led to a bustling back yard, with horses, carts, metalwork and hardware supplies in abundance. It now leads to a car park. 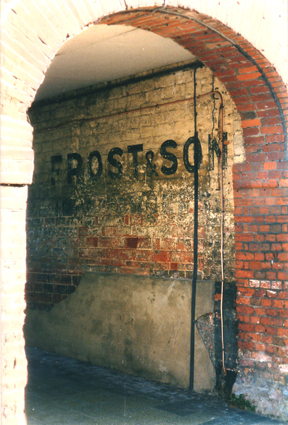 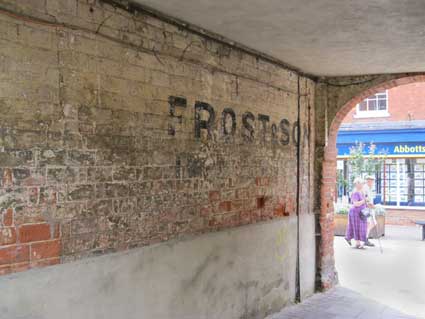 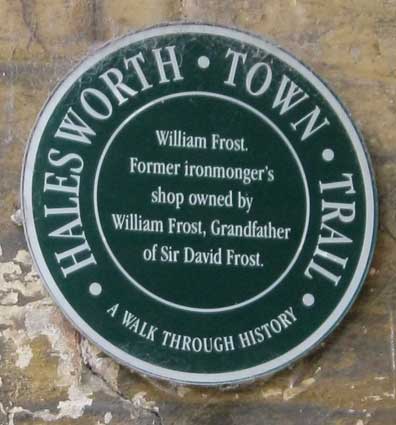 2013 images
Perhaps it is fitting for these photographs to be added at this time, as Sir David Frost died 31 August 2013. David Paradine Frost was born in Tenterden in Kent on 7 April 1939, the son of a Methodist minister. 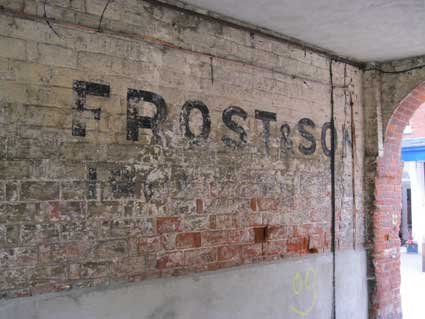 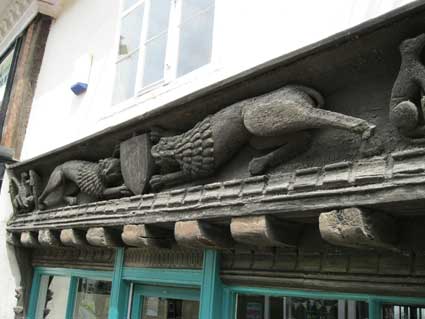 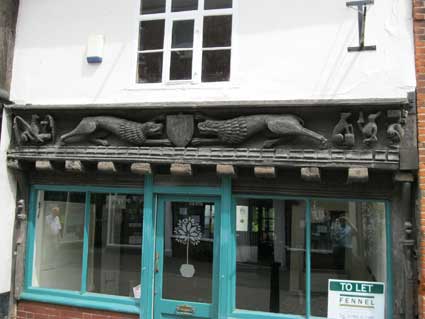 At the time that these photographs were taken in summer 2013, the Bay Tree Bistro was no more. The 15th century, timber-framed, jettied frontage features a carved bressummer beam with two lions holding a shield. It is thought that this shield once had the Argentein coat of arms painted on it. The building is rumoured to have once been the home of Margaret de Argentein. Sir William de Argentein was cupbearer to Henry IV in 1399; he resided in and probably owned most of Halesworth. 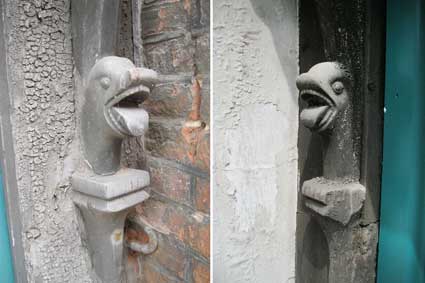 Above: grotesque fish/dolphins on the uprights at each side. Below: a spread eagle (with the body of a mammal) with its prey. This is said to be Ganymede, cupbearer to the gods. To the right, figures from one of the stories about Reynard, the fox: a fable which was popular throughout medieval Europe. 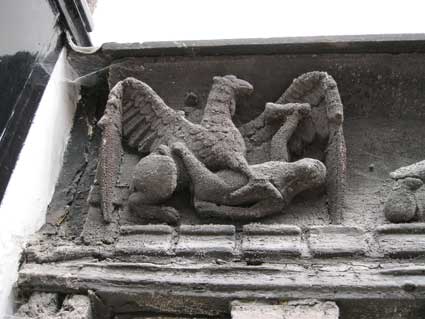 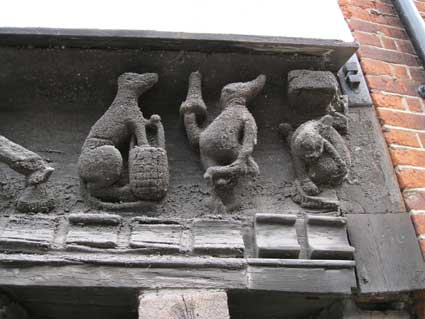 The building is thought to date from the 1440s, so it seems likely that the timbers were reused from an earlier structure, probably belonging to the Argentein family who may have been trying to assert their rights over the town of Halesworth.
To refer to Wikipedia: 'The block of four shops next to the former Frost & Son ironmongery was originally built in 1474 as the Guildhall. This was the home of the Guild of St John the Baptist and Guild of St Love and St Anthony. The original line of the building can be seen.' So, both or neither may be true.


59 Thoroughfare
This ghost sign/palimpsest had escaped our attention until Mark Beesley (to whom our thanks) sent these photographs in November 2021:- 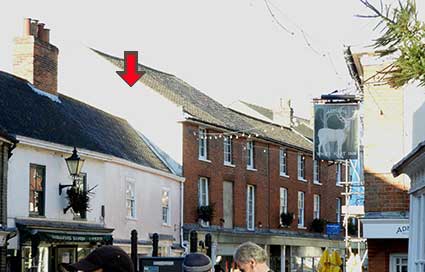 2021 images courtesy Mark Beesley
The location photograph (taken in the winter sunshine) shows the location of the sign, indcated by the red arrow. 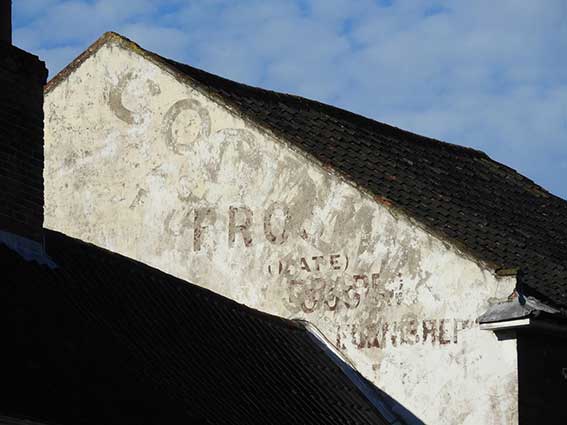 This sloping gable-end sign is above nos. 59A and 59 Thoroughfare on the opposite side of the road to the 'FROST & SON' sign on no. 8 (no. 9, next door, is directly opposite this sign). In the absence of Kelly's or local trade directories, we are assuming that the largest word is 'GOODMAN' (or similar).
We speculate that the whole sloping sign once read:

Below this and written on the horizontal is:

Other characters, fugitive though they may be, could be present.

45 Thoroughfare
At the other end of Halesworth's Thoroughfare, opposite the junction with Angel Link stands an attractive former 'BANK' building, now used as a shop. For another former bank see our Bungay page. 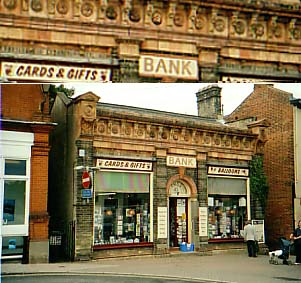 2 Quay Street
Near to the railway station, an unassuming house carries the sign:

The enhancement (inset) shows the lettering more clearly. As it was up for sale when this picture was taken in 2007, we assume it no longer performs this function. 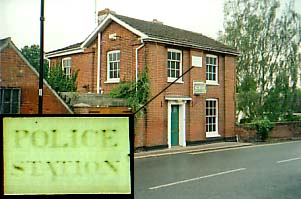 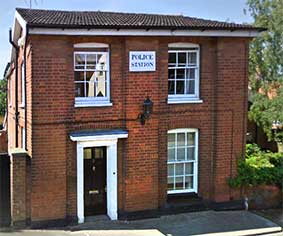