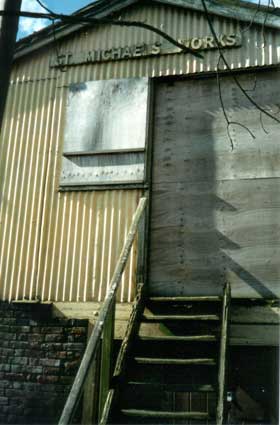 March 2001 images
Demolished at the turn of the century (the beginning of 'The Noughties'), these somewhat rickety buildings at the top of Bond Street, opposite the side of County Hall carried the two sets of lettering shown:

The photograph below shows (from left to right): The Black Barn, St Michaels Works and the rear wall of the Church Hall of St Michael. 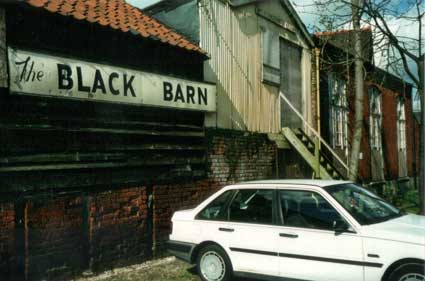 The rear of  the Church of St Michael (which fronts Upper Brook Street), later destroyed by fire, and its Church Hall are in the background of the photograph below. 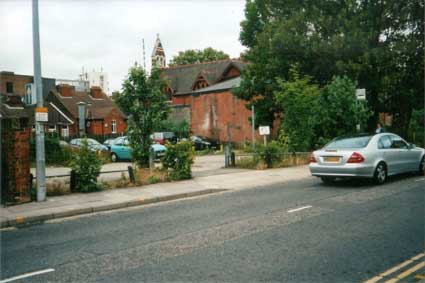 If we'd been building this site twenty or more years ago, we could have included the long-abandoned The Mitre pub a few yards up on the corner with St Helens Street (now occupied by Mitre House), an unpreposessing building which bore its name on the wall until demolition around 1980.