Two buildings of quite different style at 104 Woodbridge Road were for many years conjoined to form this public house. 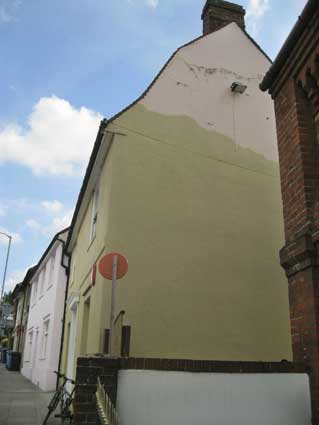 2013 image
In August 2013, while temporary road-works held up traffic, we noticed that – due to the raking sunlight around noon – some ghost lettering was visible. By the time that these photographs were taken in September, the masonry paint had been partially applied, but the slightly raised lettering was still readable:

This must be the characteristic '(Tolly) Cobbold Ales, Wines & Spirits' seen elsewhere. This wall once had a portrait-format rectangular sign screwed over the lettering in this position. 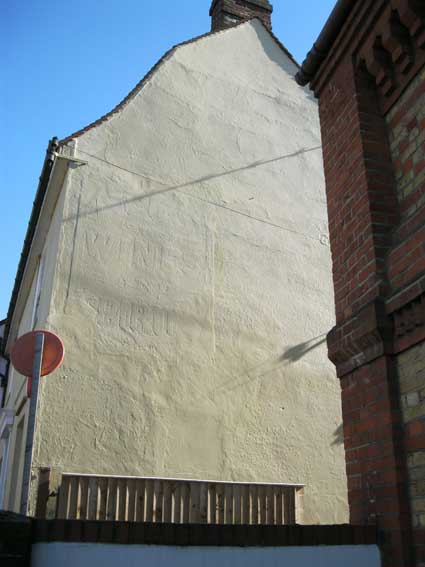 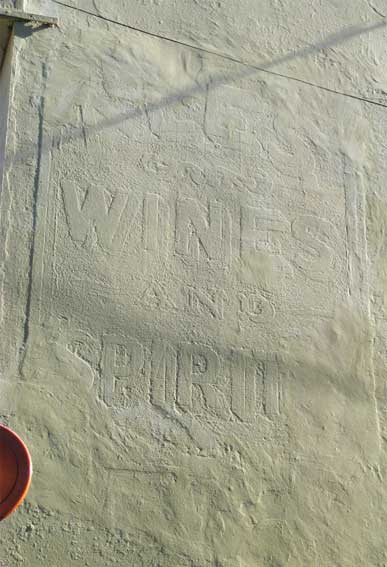 2014 images
The raking sunlight of March 2014 shows the arc of 'ALES', a decorative flourish before 'WINES', a decorative font for 'AND' and plain caps for 'SPIRIT'. The cartouche is partially visible and it now looks as if there are two sets of the same sign, an earlier one slightly larger than the later. However, it is perhaps more likely that the characters had a drop-shadow. 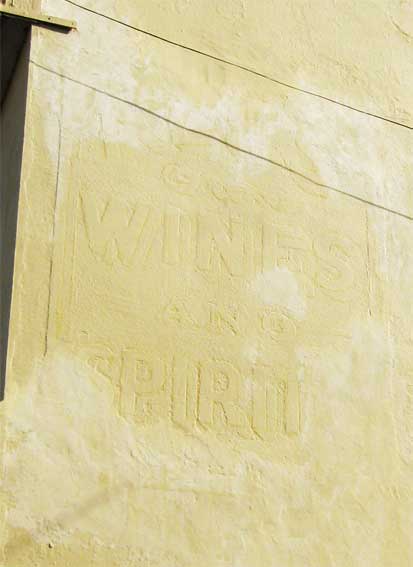 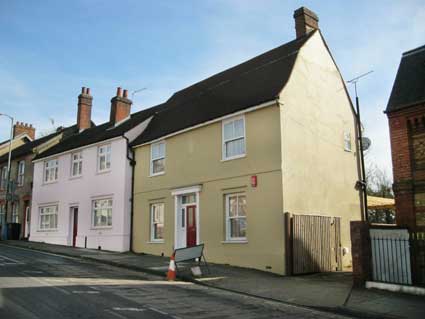 The ever-dependable Suffolk CAMRA site (see Links) tells us that records go back to 1830 for this pub. After several closures and re-openings in recent years, the business closed in May 2012. By 2013, work was well underway in refurbishing the buildings as two cottages once again.
For a 1902 map of the area round this public house see our Palmerston Road page; fittingly in the yard behind the pub was a smithy, clearly marked.
This lettering bears comparison with the 'Cobbolds' vestigial lettering in St Nichlas Street. See also the Pubs & Off-licences page and the Cobbold House & Brewery pages. See our Vestiges page for more traces of old trade lettering.