'QUESTION':
Where is the biggest punctuation mark in Ipswich?

Like the nearby modern characters on 'The Mill' tower block on Albion Wharf, the Wet Dock boasts another piece of new lettering (in two different forms) outside the Waterfront building of The University of Suffolk (formerly University College Suffolk). Here is the view of 'the dark side' looking towards Fore Street. Once again, we include it on a 'historic' lettering site, because it may become just that. 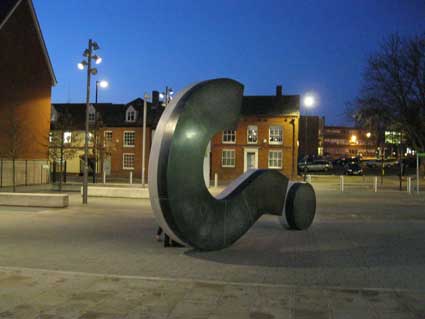 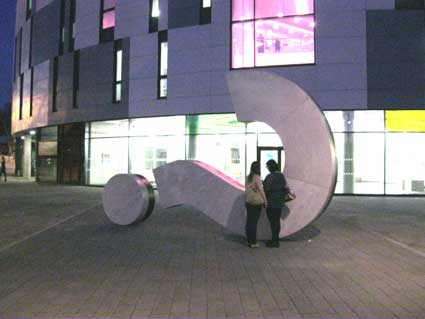 Once again with modern sculpture (see also Maggi Hambling's Scallop in Aldeburgh), sadly the epithet 'controversial' must be used to describe this artwork. London-based artists Langlands & Bell were commissioned by UCS to create the two-part piece on its Ipswich waterfront campus as part of the development contract for the site which specified inclusion of a 'significant piece of public art'. A big fuss followed about the cost and the money being better spent on public toilets, or something.

The materials used are black basalt and white marble with a steel armature; the work is intended to link the university’s northern and southern sites. We like it a lot. 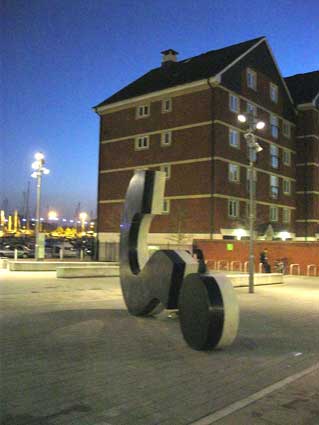 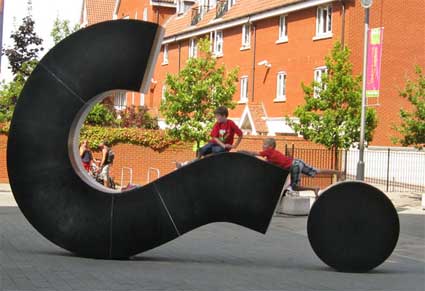 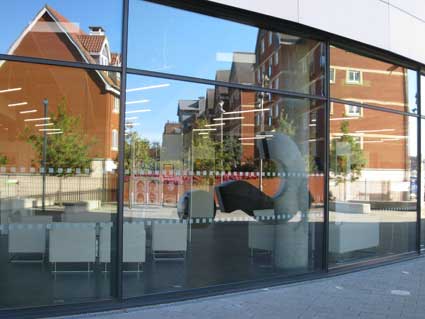 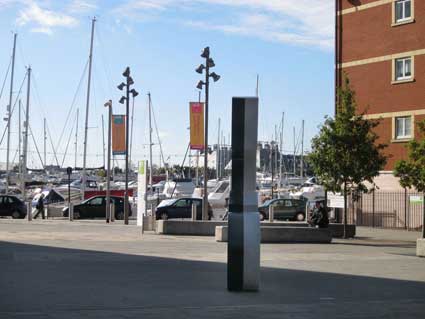 The second part of the artwork is a large, changing LED display situated at the top of the north campus, just across the road, designed to "link conceptually and visually with the piece of sculpture". The punctuated word 'QUESTION?' can be read from dusk onwards with each character being shown, brilliantly lit, in sequence at the top of the tall chimney just behind the Long Street building (which formerly housed the Suffolk College Students Union). It is visible from – and lines up with – the Big Query sculpture, but unfortunately the extremes of light levels made it impossible to take a readable photograph of both elements. Our image is a composite. We wonder whether the LED will be obscured by leaves on the interposing trees during the summer. The letters are illuminated in bright sunshine, so presumably it runs 24 hours a day. 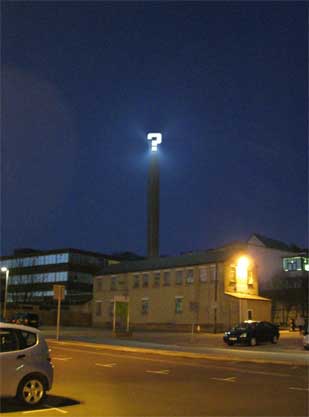 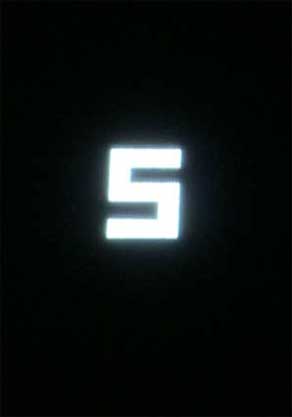